Tuberous or Tubular Breasts, and the “Snoopy Nose” Deformity

Tubular Breasts come in many variations. The appearance is often asymmetrical, so correction may involve different procedures on each side to improve both the breasts’ shape and breast symmetry. The common variable is a restricted, tight lower pole, causing the tubular shape of the breasts.

Tubular Breasts, also know as Tuberous Breasts, are frequently associated with puffy nipples. Puffy nipples are overly filled areolae. The breast tissue herniates forward into the areola, filling up the areola, causing it to look like a small dome projecting outwards from the larger dome of the breast.

The deformity is sometimes called the “Snoopy Nose” deformity, because the shape is similar to that of Schulz’s famous beagle’s nose. Snoopy’s black nose represents the full areola and Snoopy’s white face represents the breast mound.

Tubular Breasts are usually smaller than average, so breast augmentation is frequently part of the correction. If the beasts are significantly asymmetric, the breast augmentation may need to be asymmetric to help compensate. A bigger implant may be selected for the smaller side to reduce the asymmetry of volume. The shape and style of the implant may also be varied to help reduce the asymmetry of shape.

A breast lift is often employed to help with both asymmetry and to reshape the Tuberous Breasts. A periareolar breast lift can help flatten a Snoopy Nose Deformity, while a vertical breast lift or inverted-T breast lift may be required to reshape a more severe tubluar deformity.

Tubular Breast Augmentation Before and After Photos 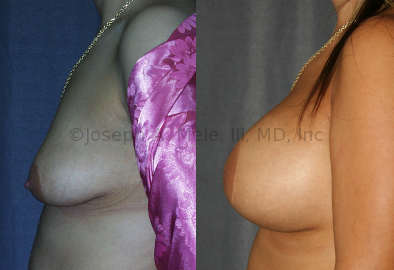 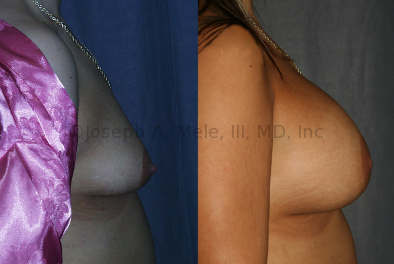 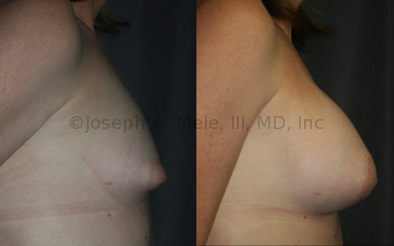